On the 6 April five aquatic invasive non-native plants were banned from sale by Defra in order to protect vulnerable habitats and species.

As well as protecting habitats the ban should save money and improve access to waterways for boating and recreation. This is the first time such a ban has taken place.

In the past these aquatic invasive non-native plants have been sold and planted in garden ponds, but have escaped into the wild taking over from native species and damaging some of our most sensitive habitats.

The plants form dense mats in water, depleting oxygen and light availability, causing declines in the numbers of fish and other aquatic species. They also reduce access to waterways for boating and angling and increase flood risk which, taken together, can cost millions of pounds a year.

The five species banned from sale are:

All retailers must stop selling these species or face a fine of £5,000 and/or six months in prison. Previously, it was only illegal to dispose of the five plants in the wild. The UK government introduced this ban under powers in the Natural Environment and Rural Communities Act (2006).

The GLNP has produced identification guides for local use on some of these species. 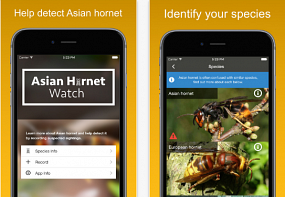